**Update on MWC’s year-end/Giving Tuesday campaign: As of December 18th, MWC has received over $3,500 in donations from over 50 individual donors! We’re off to a fantastic start, and we are extremely grateful for the support. We’re hoping to carry this momentum through the month of December and eventually reach our goal of $5,000.**

Throughout the month of December, MWC will share a series of posts from Board Members, patrons, volunteers, and local authors about their experiences with the Midwest Writing Center and what it means to them. MWC is fortunate to have a private donor who will match any contributions received during our Giving Tuesday campaign throughout the month of Decembers dollar-for-dollar with a contribution to our endowment, up to $5,000. Please consider supporting MWC with a donation online, over the phone, or via USPS.

We are thrilled to present the second post in the series from long-time member of MWC’s Board of Directors Susan Collins:

“In the 90’s when asked by Dave (MWC co-founder David R. Collins) to be on the MWC board, I declined.  I told him to go and find board members who were talented in their fields, maybe had some connections, and had a passion to ‘foster appreciation of the written word and to support and educate its creators.’  My volunteer time was consumed by serving on the Moline School District Board of Education.  He did what I suggested and some of those wonderful people are still serving on our board. 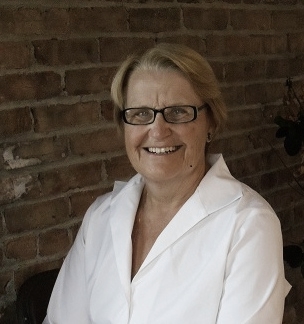 After his death in 2001, while administering his estate  I attended some MWC Board meetings, and then joined the board.  I became the President of the board for 10 years.  I am not a writer.  I do enjoy reading books, many authored by friends I have made at MWC.

I have seen and been a part of a dream becoming a reality which has really surpassed the original dream.  I know we do not ‘toot’ our horn as much as we should.  I have in my years seen literally thousands of people of all ages, races, economic conditions, etc. be positively impacted by the good work we do.  I have seen MWC help make dreams come true for many talented and hardworking people.”