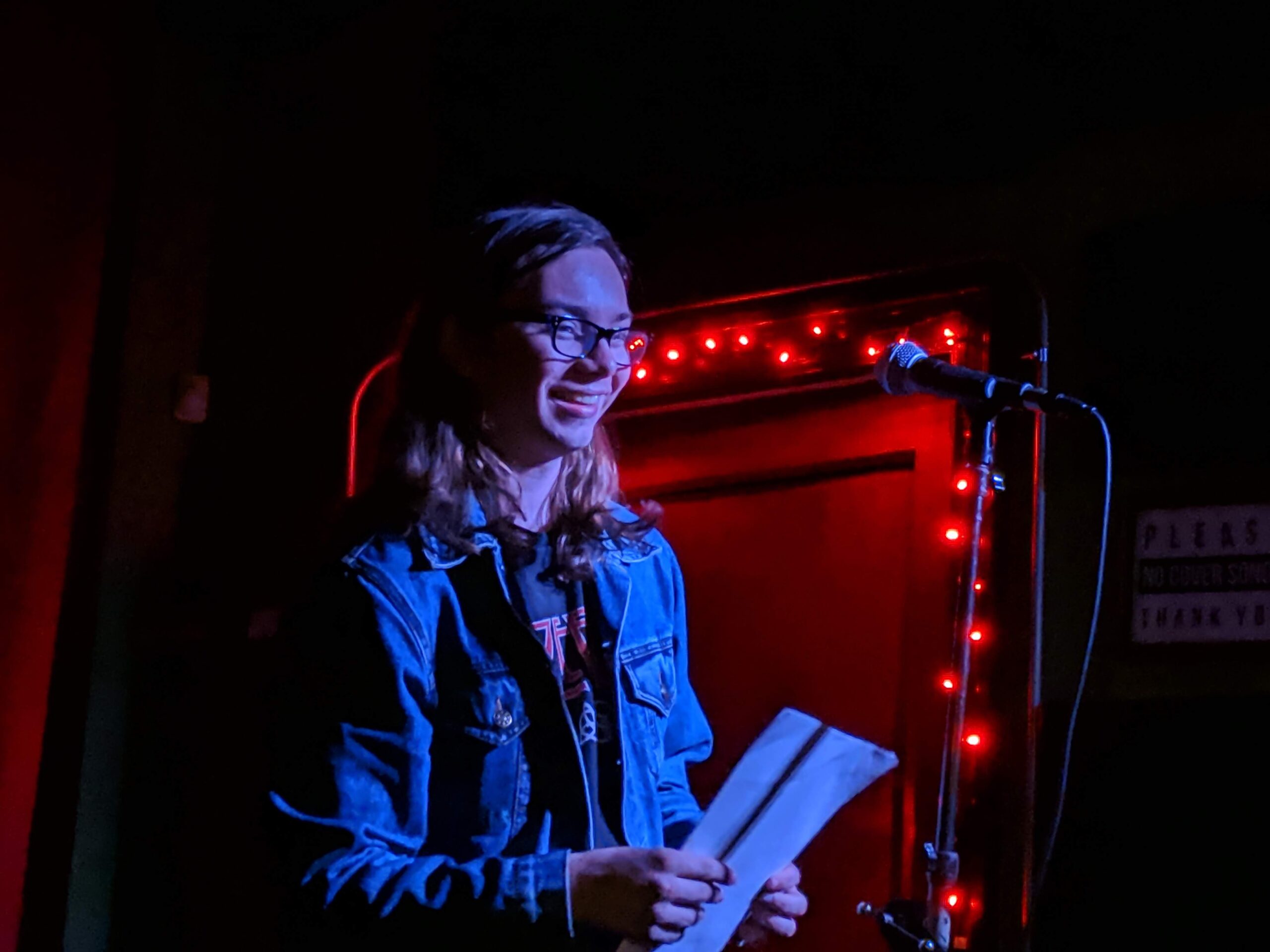 It’s impossible to write this, but our friend Lars Meseke-Wren died unexpectedly last Friday. Lars worked as an intern in the Young Emerging Writers Program (YEW) for four years, publishing his work in four Volumes of THE ATLAS (Vols. 12-15). His contributions to YEW will have a long-lasting impact, but the friendships he made with his fellow interns and staff will always remain.

It was a privilege to know Lars, to work with him for four summers in YEW, to see him develop each year, become more of a leader, a more confident writer, brighter & more enthusiastic & totally himself. He was kind, and funny, and a great champion of his fellow interns and friends. He was everything we hope the young people in our lives might be & more.

We are devastated for his family, his friends, anyone who knew him. He was such a generous light. We hope those of us lucky enough to know him carry that forward for him. Below is the obituary and information on the visitation (Friday 9/24) and services (Saturday 9/25). We send our love to his family, his friends, and the YEW community for whom he was such a champion. Please take care of yourselves and of each other, just like Lars would have done…

Sincerely,
The Midwest Writing Center Board of Directors, Staff, and Volunteers

Lars Kristoffer Meseke-Wren, 20, of Riverdale, Iowa, our most beloved son, grandson, nephew, brother, family member, and friend, died unexpectedly on Friday, September 17, 2021, in Iowa City, Iowa, after just starting his junior year at the University of Iowa. Lars was born to Heather Jean Wren (Iowa) and Christopher Andrew Meseke, Ph.D. (North Carolina) in Kansas City, Missouri. Those who knew Lars, even just a little, lost a shining light in their lives. He was a helper and lover of fairness for everyone and brought so much light to everything he did. He was a supportive friend and a joy to be around.

Lars graduated from Pleasant Valley High School (PVHS) in 2019 and is a proud alumnus of the Quad City Montessori School, where he attended from 2003-2013 under the guidance of Mrs. Delleman, Mrs. Bouslough, Mrs. Kealey, Mrs. Smull, and Mrs. Carstens. Lars was an avid reader and a blossoming writer. He was exposed to many musical endeavors, including playing the violin, piano, pipe organ, and guitar—though he mastered none, he was still enriched by the experiences.

He was an active member of the Midwest Writing Center, where he worked as an intern with the Young Emerging Writers Summer Internship Program for four years (2017-2020, longer than any other intern in the program’s history). He published his first poetry book when he was 11 years old and subsequently was published in The Atlas magazine, Volumes 12-15. While at PVHS, Lars was a Ceramics Club and Trap Club member and a staff editor of the school newspaper.

Lars was a lover of all things “word” related; he was constantly reading or writing and would have to be bribed into taking other subjects in school. He was a food adventurer, wanting to try everything and anything at least once before saying he didn’t like it. Ranch dressing topped his list of “will not eat” foods, much to the shock of his nieces and nephews. Along with trying new foods, Lars also loved trying new activities. He was known for starting a hobby and then quickly moving on to something different if it didn’t stick (like karate). One hobby that stuck was riding his bicycle. It gave him the freedom to explore all over town, including bookstores, antique shops, and visit his grandparents. His love of the open road extended to riding RAGBRAI with his Aunt Christine, Uncle Bob, as well as his Oma, age 79 at the time, who joined the adventure as a sag wagon driver as a triumphant return to health following major leg surgery. Lars was always a help to his family, even roto-tilling their garden in spring and fall once he was big enough to wield the machine.

Growing up, Lars was a well-loved child by everyone that knew him; he would hold the doors open for the elderly at church and walk them to their cars in the winter so they wouldn’t fall. Lars was the first patient at Shriners Children’s Hospital in Chicago to receive a pioneering procedure to lengthen one of his legs and cure his scoliosis. He was a diligent patient to assist in their research, and it is a procedure that the hospital uses to this day.

Lars enjoyed his solitude, but he was always there for his friends and family whenever they needed him. He accepted every person he met, and he was a safe place for his friends to confide in. His favorite place to travel with his family was Hawaii, but he loved traveling in general, from Florida to Texas to Chicago and many parts in between. His international travel had just begun with a post-high school graduation trip to Mexico, received gratefully from his beloved Aunt Christine and Uncle Bob. While at the University of Iowa, he studied psychology with an emphasis in creative writing and enjoyed playing video games with his friends.

Funeral services celebrating his life will be held at 11 a.m. on Saturday, September 25, 2021, at Edwards United Church of Christ, 3420 Jersey Ridge Road, Davenport, Iowa. A reception will immediately follow in the Baxter Fellowship Hall with an open mic for friends to share kind thoughts or memories of Lars. The visitation will be held from 4 to 8 p.m. on Friday, September 24, 2021, at Weerts Funeral Home 3625 Jersey Ridge Road, Davenport, Iowa.

In lieu of flowers, memorials in Lars’ name may be made to the Quad City Montessori School Venmo at: @QuadCityMontessoriSchool-Schoo or the Midwest Writing Center. If you wish to send flowers, potted plants are preferred, as Lars loved plants. For those unable to attend in person, the funeral will be livestreamed at https://www.youtube.com/edwardsucc.