MWC presents President Harry Truman and First Lady Bess Truman at a special lunch on April 15, 2015, at the Radisson in Downtown Davenport, Iowa. Lunch begins at 12:00 p.m. with the presentation starting approximately 12:45 p.m., after which (@ 1:30 p.m.), the President and Mrs. will be available to sell and sign their books. What better way to celebrate Tax Day? 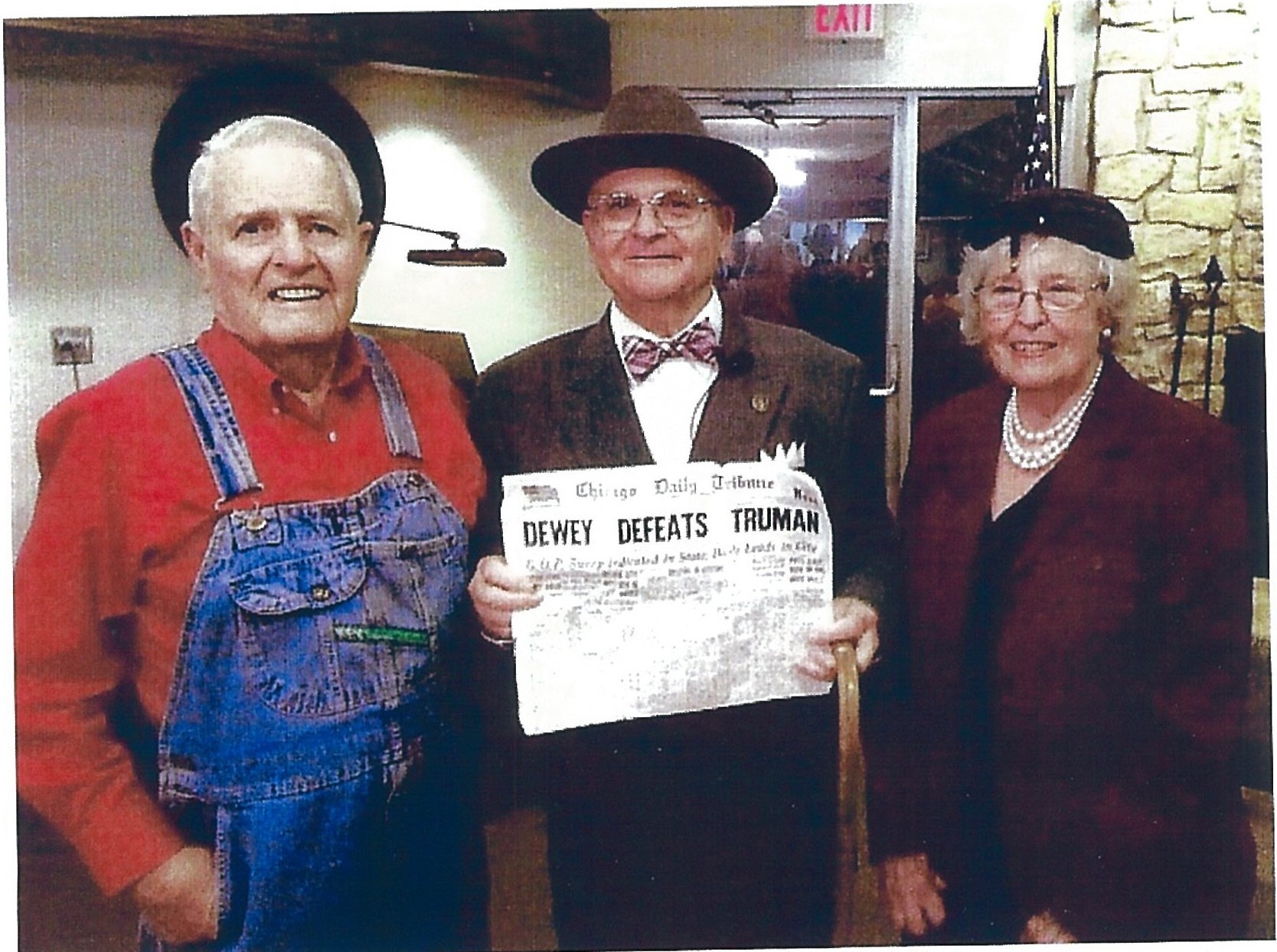 Harry Truman will be potrayed by Dr. Niel Johnson and Bess Truman by Nancy Cramer, both authors (see bios below). Cost is $25 per person, or take advantage of our membership reservation special: reserve your seat and become a MWC member or renew your membership (it doesn’t matter if it’s up for renewal or not – we’ll just extend it) for only $40, saving $15! Pre-registration by Friday, April 10th is required. Space will be limited. Register via PayPal below. You can also call Ryan Collins at 563-324-1410 or email him to register or ask any questions.

Nancy has been a teacher and counselor of both children and adults for 30 years. Then she owned and operated a fire suppression business inherited from her late husband for 17 years. Upon retirement four years ago, she has involved herself in studying and writing about World War I based on her work as a volunteer at the National World War One Museum in Kansas City. She has published three books on the topic and has two more books in the writing process. She has served in many leadership roles in the areas of teaching and teacher related politics, and also presented numerous talks on various subjects of travel and World War One. 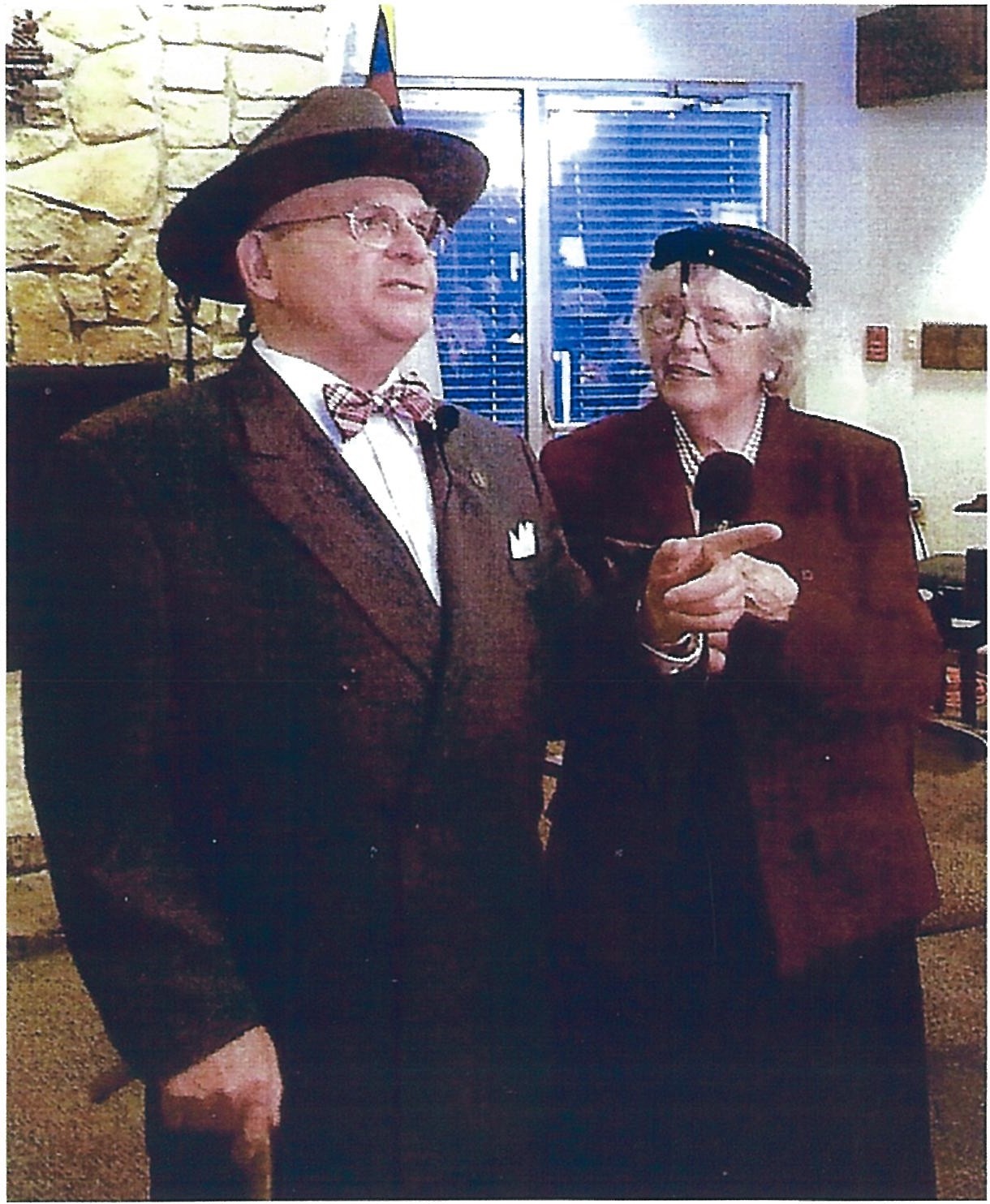 Niel Johnson grew up on a farm in Illinois, and moved with his parents and brothers to Moline in 1944. He has a B.A. from Augustana college in 1953 and his advanced degrees,  including  a Ph.D., from the University  of lowa in 1971.

He has taught in public school, and served as historian of the Army Weapons Command headquarters and Rock Island Arsenal, from 1957-63. He taught history at the college level from 1967-1976. In 1977, he began a fifteen-year career as an archivist and oral historian at the Harry S. Truman Library in Independence, MO. Following his retirement from the Library in December 1992, he began teaching evening courses for Park College, including  one on the legacy of President Truman. (By the way, he had heard  the President give a whistle-stop speech at the Rock Island, Illinois, depot on September 18, 1948.  He also attended the Hoover Library dedication in August 1962, leading him to say, “I met Truman twice, but he never met me.”)

In May 1993, he impersonated Truman during a brunch and book signing by author David McCullough. The following year he portrayed Truman at the 50th anniversary of the Democratic convention in Chicago. Since then, until 2015, he has performed as an impersonator of our 33rd President over six hundred times in many states. In 1999, he published  the first edition of his book, Power, Money, and  Women: Words to the  Wise  from  Harry S.  Truman. A second edition was published  in  2007.

He has told President Truman’s oldest grandson, Clifton Truman Daniel, “I agree with your grandfather at least ninety-seven percent of the time.” In brief, Dr. Johnson does not have to pretend that he is a proponent of Truman’s values and fair deal political policies, since he has sincere and great respect for one of  our top tier Presidents.