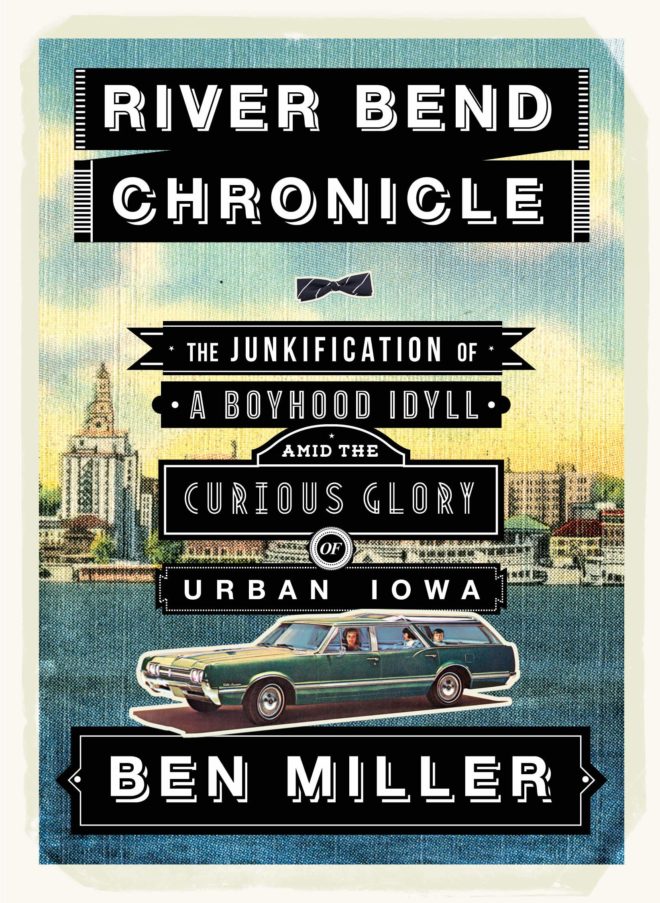 MWC is thrilled to welcome award-winner author and Quad City native Ben Miller to be the keynote speaker for our 2019 Writers’ Conference. Miller will appear at a special event at the Figge Art Museum in Davenport, IA on Thursday, June 27.

Be on the look out for special events regarding Miller and his debut memoir, River Bend Chronicle, which details (among other things) his growing up with and around seminal figures in QC literary history.

He is the author of the nonfiction work River Bend Chronicle: The Junkification of a Boyhood Idyll amid the Curious Glory of Urban Iowa (Lookout Books, University of North Carolina Wilmington).

His prose has been published in many journals, including Kenyon Review, New England Review, Yale Review, AGNI, Ecotone, Raritan, Antioch Review, Southern Review, Harvard Review, and One Story. Six of his essays have been cited as “Notable” by Best American Essays and another, “Bix and Flannery,” was chosen to appear in the anthology by Louis Menand.

Miller’s awards include creative writing fellowships from the National Endowment for the Arts and the Radcliffe Institute for Advanced Study at Harvard University.

Currently he is developing a number of new prose projects. Cage Dies Bird Flies, a multi-phase collaboration with painter Dale Williams is also underway, as well as the public art project Mural Speaks!—an attempt to translate the famous American poem “The Red Wheelbarrow” into the 140 plus languages currently spoken in Sioux Falls, South Dakota. To date over 100 translations have been collected.

Miller returned to Harvard in 2017 as the recipient of a research grant from the Schlesinger Library on the History of Women in America.

In 2018 he will be one of the leaders of a Radcliffe Institute exploratory seminar entitled “Creating a Living Archive of Shared Humanity: FB Library / Database of Remembrance and Human Rights.” The aim of this nascent endeavor is to document “humanity’s extraordinary stories of resistance in order to preserve human dignity and to create a more just and humane world.”

He is married to the poet Anne Pierson Wiese.